Warning: "continue" targeting switch is equivalent to "break". Did you mean to use "continue 2"? in /home/supernews77/public_html/pressrelease/wp-includes/pomo/plural-forms.php on line 210

Warning: Cannot modify header information - headers already sent by (output started at /home/supernews77/public_html/pressrelease/wp-includes/pomo/plural-forms.php:210) in /home/supernews77/public_html/pressrelease/wp-content/plugins/post-views-counter/includes/counter.php on line 292
 After 51 Years, Vans Is Finally Explaining What ‘Off the Wall’ Means - News24 - Upload Your Press Release Today!
Share this...

The skateboarding term is now the definition of individualism 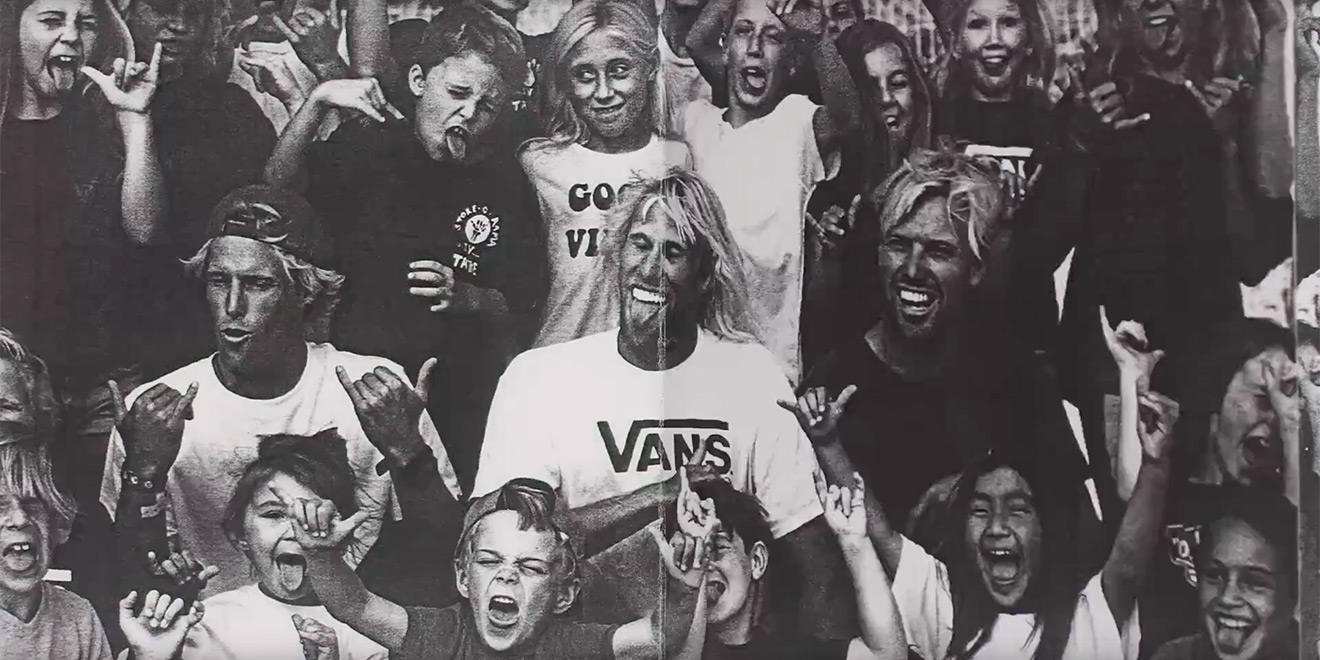 If you happened to catch the 2001 film Dogtown and Z-Boys, you might remember the story of how a bunch of ragtag teens in Venice, Calif., would expropriate neglected backyard swimming pools, then drain the water out so they could have a nice cement bowl to skateboard in. “Riding” the pool meant carving paths across the bottom, working up to the rim and then, using momentum to defy gravity, going “off the wall.”

The thing is, not a lot of people caught Stacy Peralta’s 2001 film, and not many more people know what “off the wall” actually means. And for fashion brand Vans, that’s always been a bit of a problem. Because Vans—known for its rubber-soled canvas shoe—wasn’t just part of the Z-Boys’ standard skateboarding uniform in the mid-1970s, it has used the phrase “Off the Wall” as a brand slogan since the late 1960s, when Paul Van Doren started selling shoes that bore his name out of a shop in Anaheim, Calif.

Of course, for Vans—whose sales blew past $2 billion in 2015—the customer base has grown a lot broader than skateboard kids, just like “off the wall” has come to mean much more than pulling an aerial off the rim of a swimming pool. And explaining the evolved meaning of “off the wall” is the subject of Vans’ newest campaign, which breaks today.

“We are no longer just a skateboarding brand. We’ve become a broader lifestyle brand,” explains global brand president Doug Palladini, who says that while “Off the Wall” still retains every ounce of its skateboarding etymology, the new campaign explores and defines the phrase’s evolution, and how it’s come to define everyone who buys Vans.

“The phrase I always use is ‘off the wall’ is a state of mind,” Palladini said. “As the brand that wants to be the global icon of youth culture, we’re very much focused on that powerful point of view that thinking differently and being a true individual is really an important thing to us.”

To that end, Vans has produced 12 short videos that will be distributed across its social media channels. Each features a brand “ambassador” chosen for what public relations manager Laura Doherty calls their “organic relationships with our brand.” Themed around Vans cultural pillars—the worlds of music, skateboarding, surfing and street-based artistic expression—the videos feature each ambassador talking about what he or she does well—and how it matters to do those things with unapologetic individualism.

“I can do me the best,” British drummer Louise Bartle says in her video, hammering the daylights out of a wine-red drum kit. “I can play how I play better than anyone in the world—’cause it’s me.”

“You don’t have to follow whatever the trend is,” counsels influential style blogger Jayne Min, chilling out in an industrial loft. “Just be yourself. Do whatever feels authentic to you.”

We hear from professional surfer Nathan Fletcher, artist and guitarist Alex Knost and even the legendary Tony Alva—founding member of the Zephyr crew—who skates in slow-mo in an actual drained swimming pool. “Skateboarding to me is not what everybody else is doing,” says Alva, who still has the moves at age 59. “It’s an individual expression of your identity.”

Messages like these are not new to Vans’ marketing. As part of its 50thbirthday celebration last year, the company opened House of Vans locations across the country—hipster dens featuring free concerts, places to skate, lots of artwork and classes on customizing your Vans with magic markers (or whatever.) “Our intent is to start our anniversary with a clear call to our consumers that we are the brand that celebrates and enables their creative expression,” Vans vp of global marketing Fara Howard told Adweek at the time. The difference now is that Vans is tying its core theme directly to its slogan, which has needed defining for a while.

The other notable feature of this campaign is how it makes clear—without saying so directly—that Vans isn’t addressing its message to everyone. It’s clearly not trying to be Nike or Adidas, for instance. That gentle nudge of exclusion, Palladini says, is deliberate. “We’re open to anybody, but we’re not for everybody,” he says. “Our consumers are looking for a strong point of view and know what we stand for, and they feel like they’re aligning with that point of view and that’s why we decided to focus on Off the Wall.”

Brand House of Vans Lifestyle Off the wall Shoes Vans